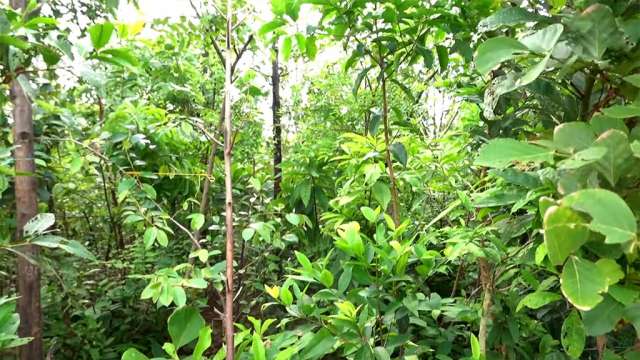 Miyawaki beach project after a year 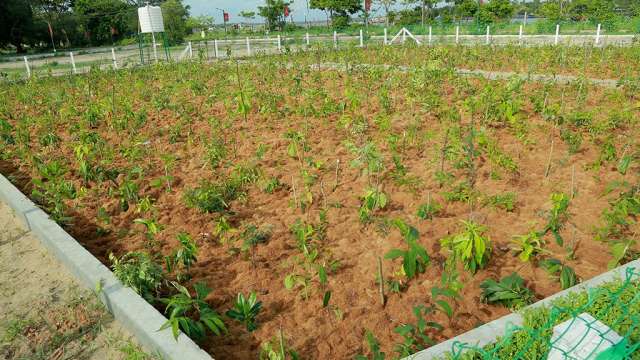 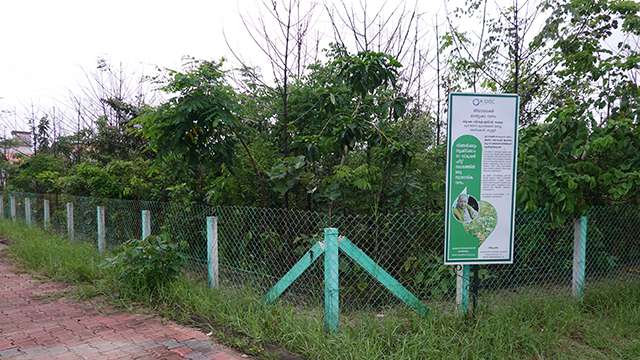 This is one of the ten Miyawaki forest projects executed by us in Kerala, under the aegis of Kerala Development and Innovation Strategic Council (K-DISC), a state government initiative that encourages new experiments.

Challenge
The challenge that the Miyawaki forest at Munakkal beach had to face was both serious and unexpected.  It had to suffer not only an episode of sea surge but stagnation of water as well.  This had an adverse effect on two species particularly – burflower and jack.  The burflower lost all its leaves, and the jack became very weak.

Lessons learnt
It was disappointing to see the burflower wilting after it had shown robust growth in the beginning.  In fact, it was one of the species that registered the maximum growth in terms of height.  Nonetheless, the unexpected crisis brought about by the stagnation of saline water in the Miyawaki forest site taught us two lessons.

One, surround the Miyawaki forest with a belt or two of trees that can withstand sea breeze and saline water, like mastwood and portia.  They will act as a kind of shield and protect the rest.  Two, prepare the seedbed on a mound so that there is a lesser chance of water remaining there in the event of a sea surge.  As a precaution, irrigation may have to be done fairly frequently in the initial phase, but after the trees grow well, the one-foot high mound should be able to prevent sea water from stagnating on the forest floor. 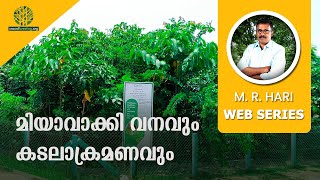 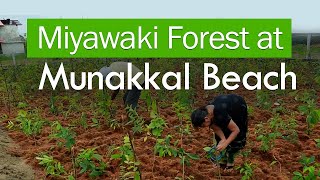