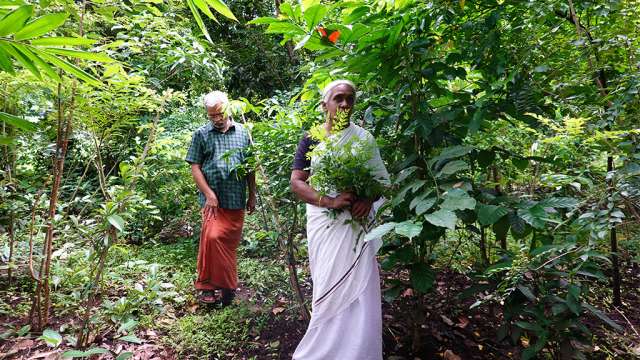 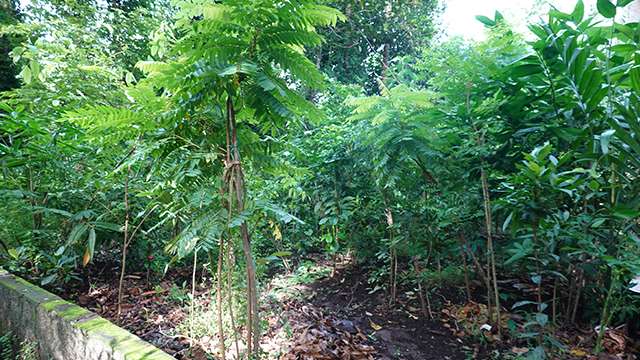 Forest near a Sacred Grove

One of the precious projects of Crowd Foresting was implemented at Thiruvalla in Kottayam. This forest is located inside the private property of Mr Nandakumar K. Pillai, Pariyathu House near Alumthuruthi Bridge at Valanjavattam in Thiruvalla.

There is a kaavu [sacred grove] already in existence there.  It has a wide variety of trees and plants, and has the appearance of a forest.

The aim was to extend the sacred grove by creating a Miyawaki forest on its periphery.  The plants in the forest include Ceylon olive, night-flowering jasmine, cannonball, jack, custard apple, black plum, neem, burflower, wild jack, gooseberry, pongamia, cacao, wild cinnamon, flame-of-the-forest, Malabar kino, purple guava, curry leaf and others.  The proximity of the house was the reason for choosing largely fruit trees to create the Miyawaki forest.

Lessons learnt
Since the intention was to expand the sacred grove to five acres, only two saplings were planted in each of the one-square-metre segment of the site, as against the customary four saplings within the same area.

The house and the huge trees in the kaavu cast large patches of shade on the area earmarked for the Miyawaki forest.  This resulted in lack of adequate sunlight, and had a negative impact on the growth of the Miyawaki forest there.  The decision to reduce the number of saplings also affected the rate of growth of the saplings.  A visit to the site two years later revealed that the forest was not as thick as had been expected.    However, the presence of certain other plants (brought in by birds or other creatures) and the assurance given by the owner regarding better maintenance (in terms of pruning, weeding and mulching) give hope that in course of time it will grow into a proper forest. 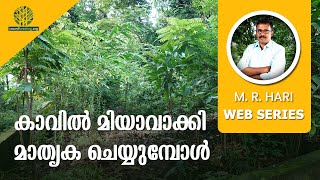 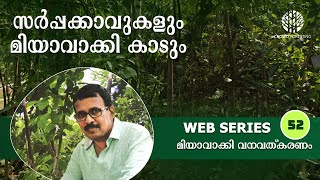 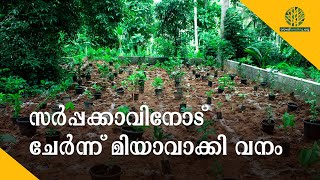