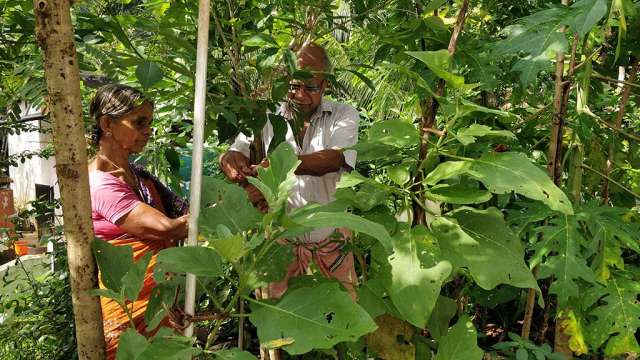 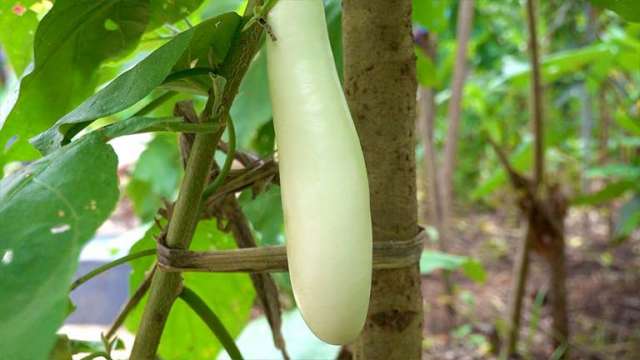 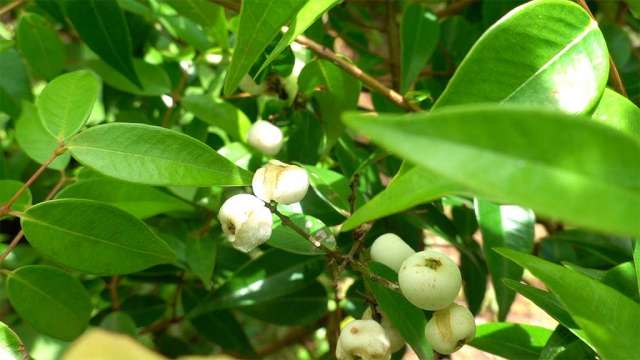 A lover of Nature and avid supporter of afforestation, Mr Rajasekharan Nair was associated with traditional methods of afforestation in Kerala until recently.   His long association with Mr M. R. Hari of Invis Multimedia inspired him to conduct a Miyawaki forest experiment in his plot at Kanakkary, near Ettumanoor, in Kottayam district.  The preference was for a fruit and vegetable forest, and it was created on 28 August 2019.

What steps were taken to put up the Miyawaki forest?

Fewer saplings than the customary ratio of four in a one-square-metre segment of land were planted at the site.  This was to help grow vegetable shrubs and medicinal plants in the intervening spaces.

The plan was to plant brinjal, African bird’s eye chilly, tomato, lady’s finger and other vegetable shrubs in between the tree saplings.  By the time all the saplings (of trees and plants) grew to a height of four feet, the vegetable plants would have put out fruits, and dried up.  The trees would continue to grow.

In order to facilitate the growth of plants, the side branches of the trees were pruned till they attained a height of six feet.  Thereafter the branches stood atop the trunks like umbrellas and permitted sunlight to fall on the ground, allowing freshly-planted batches of vegetable plants to grow.

Two years later, we found that although pruning was being done in a more or less methodical manner, the mulch was insufficient.  Besides, plastic threads and ropes were used to tie up the saplings to the stakes.  As the plants grew thicker, there was a possibility of the plastic threads causing harm to the stems and trunks.  So advice was given to replace them with jute or coir ropes, and to use organic material to bulk up the mulch.

The trees in the forest – jack, mango, guava, gooseberry, three-leaved caper, custard apple, Portia, watery rose apple, spicate eugenia and the rest – showed tremendous growth.  Spicate eugenia had even begun to put out fruits.   Vegetables from the first batch of plants had already been harvested and a new set planted.  This experiment has proved that it is possible to maintain Miyawaki forests near houses. 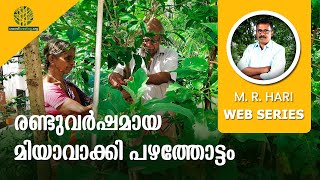